November 21, 2020 by atozcelebrity No Comments

By Sarah Abraham For Dailymail.com

Pregnant model Elsa Hosk and her boyfriend Tom Daly were spotted making the most of their relaxing weekend as they went for a stroll around SoHo.

The 32-year-old Victoria’s Secret model and her baby-daddy-to-be put on an effortlessly cool display as they went for a coffee run.

Hiding her bump under an oversized turtleneck, Elsa walked with an iced beverage in hand. 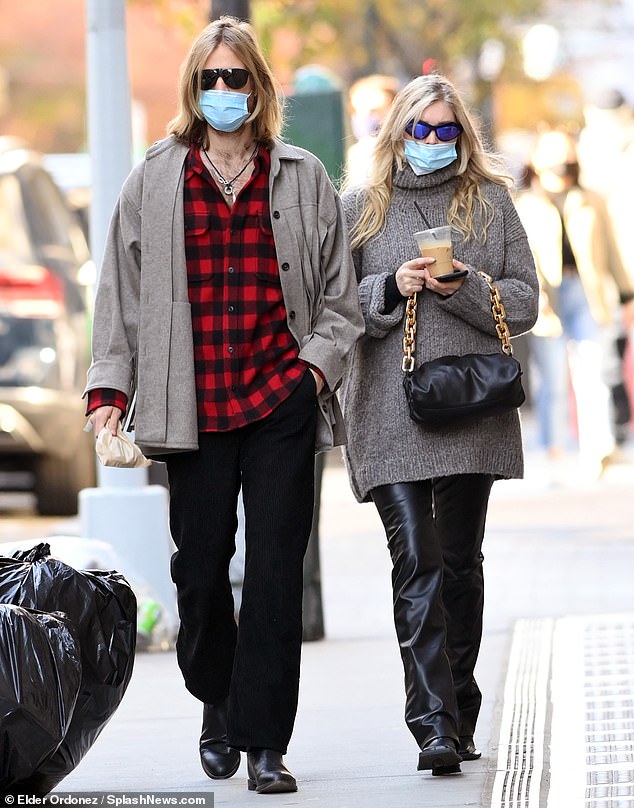 Coffee run: Elsa Hosk, 32, and her boyfriend Tom Daly went for a walk in NYC as they picked up coffee while looking effortlessly cool strolling around the city

The model currently seems to have a certain predilection for the cozy knit sweater as she sported it while out and about yesterday.

Throwing on a pair of chic leather pants and a stylish pair of square toe boots she elevated the look, carrying a Bottega Veneta pouch with a gold chain.

Wearing gas station-esque sunglasses  that did not seem to meet the mold of her fashion-forward outfit, Elsa showed off her daring side in purple lenses. 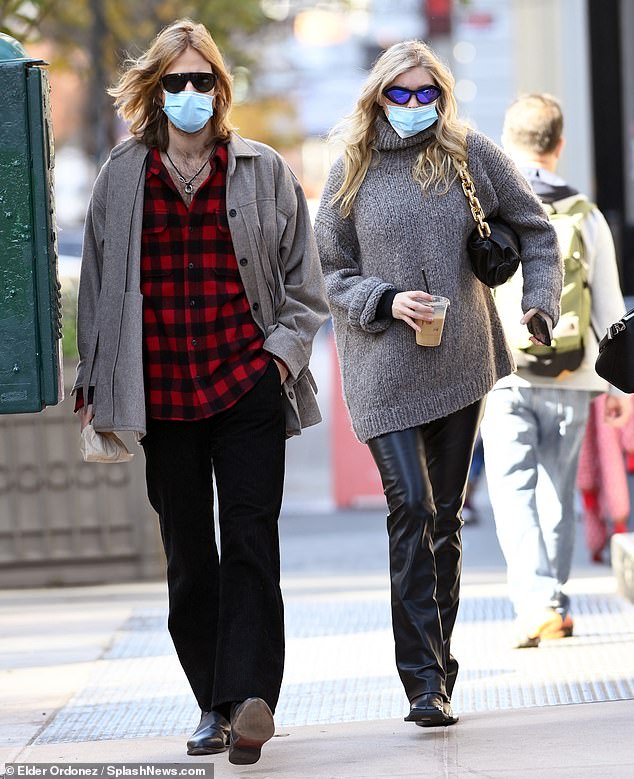 A look: Tom has a unique style of his own, frequently spotted out looking straight out of a seventies rock band

Tom has a unique style of his own, frequently spotted out looking straight out of a seventies rock band.

Wearing a red flannel that showed his chest hair and a pendant, the eyeglass entrepreneur layered up in a grey cardigan and a pair of flared slacks.

Donning stylish black boots and aviator shaped sunglasses, Daly was chilled out as he carried a pastry bag. 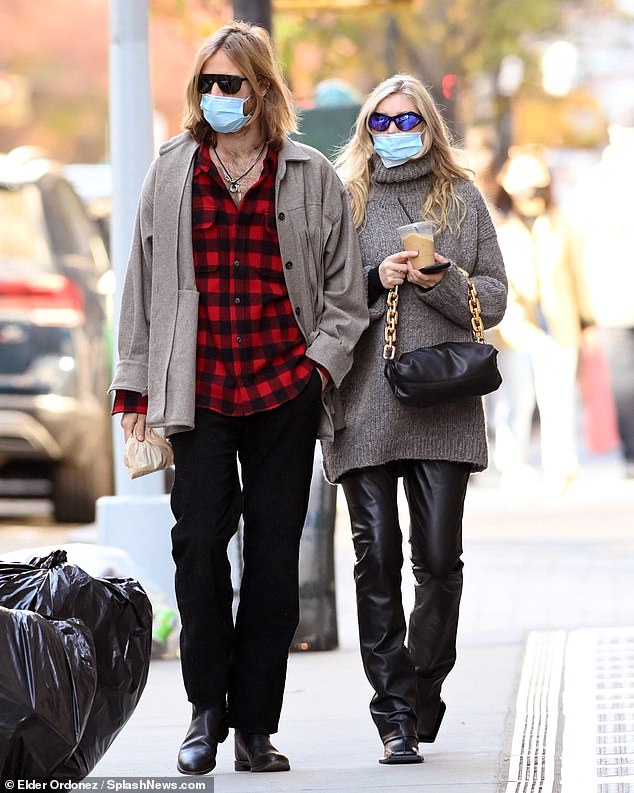 City jaunt: The stylish duo took to the streets of SoHo like a runway as they strolled with their breakfast in hand

Both played it safe and wore a mask as Coronavirus cases continue to surge in major cities and the US as a whole.

Taking to social media to share some snaps of their morning jaunt, Elsa posed for the camera as she sat on a storefront stoop.

The Swedish-bon stunner gave a closer glimpse at her stylish getup as she looked anything but casual for a breakfast run. 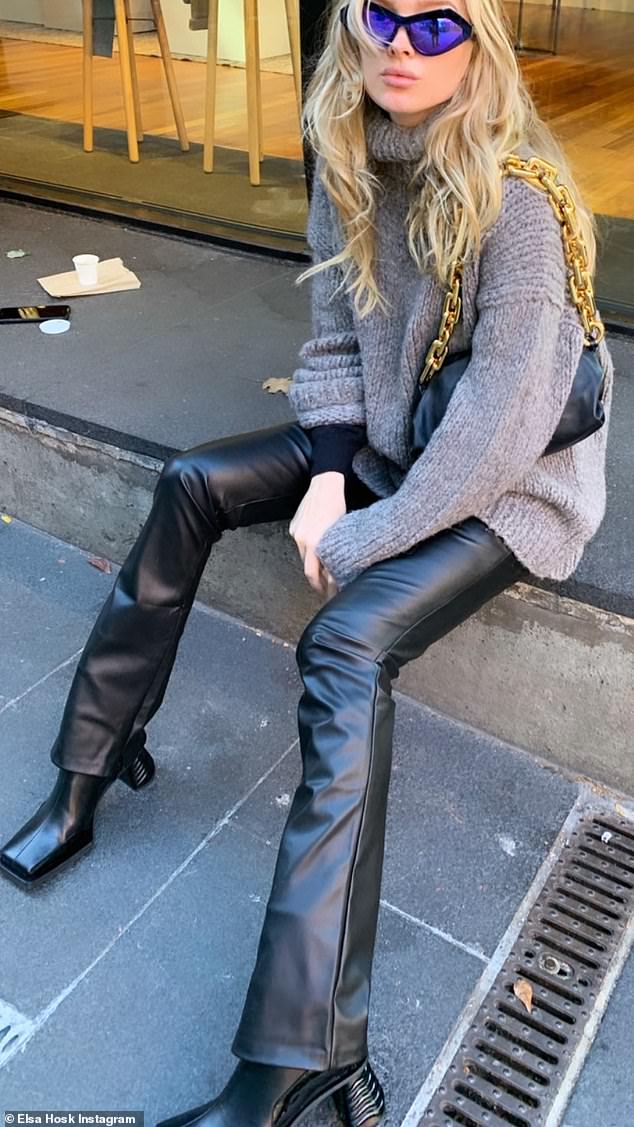 Shaggy locks: She showed off her tousled blonde hair as she pursed her lips for a maskless photo 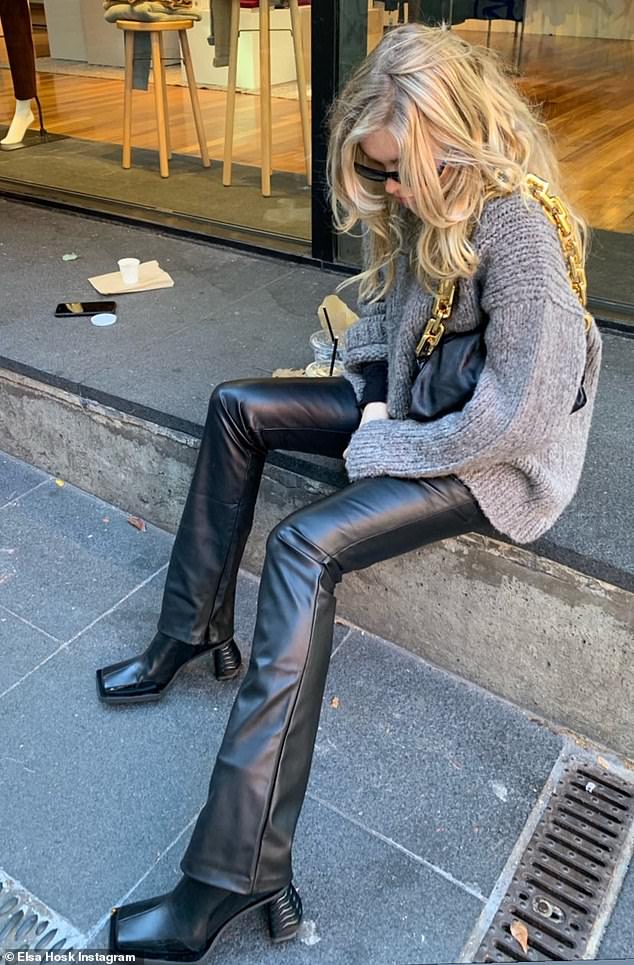 Casual: The Swedish-bon stunner gave a closer glimpse at her stylish getup as she looked anything but casual for a breakfast run

Very used to his secondary role as an Instagram boyfriend, Daly snapped some shots of his model girlfriend.

Elsa wrote, ‘Morning coffee with my number 1,’ posting a picture of Tom who looked a bit disheveled while putting their refreshments down.

She showed off her $500 Eytys boots that featured ornate detailing around the heel as she flashed her long legs as the pair enjoyed an on-the-go al fresco meal. 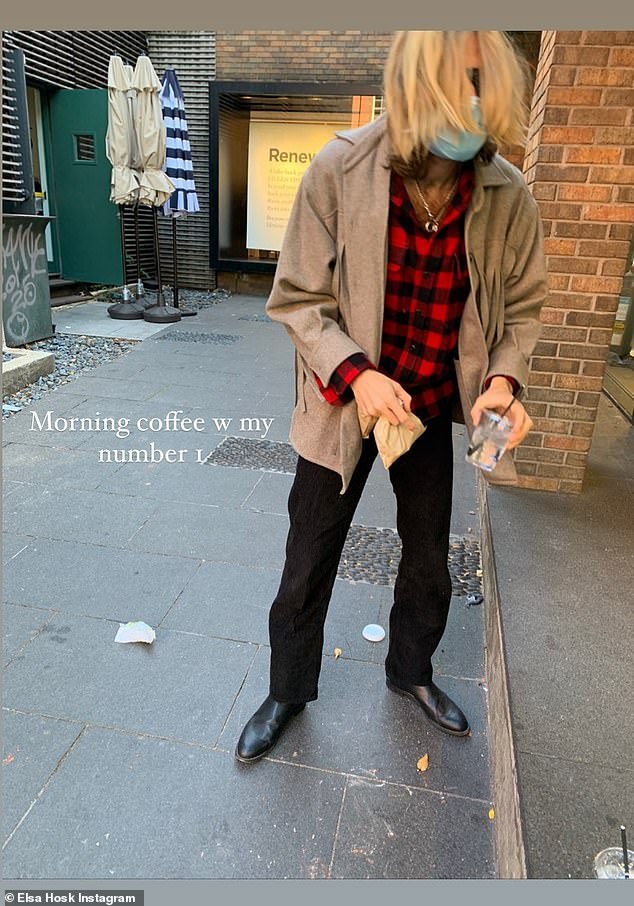 Instagram boyfriend: Doing his due diligence as the boyfriend to a world famous supermodel, Daly indulged in Elsa’s whims and snapped some fashion photos 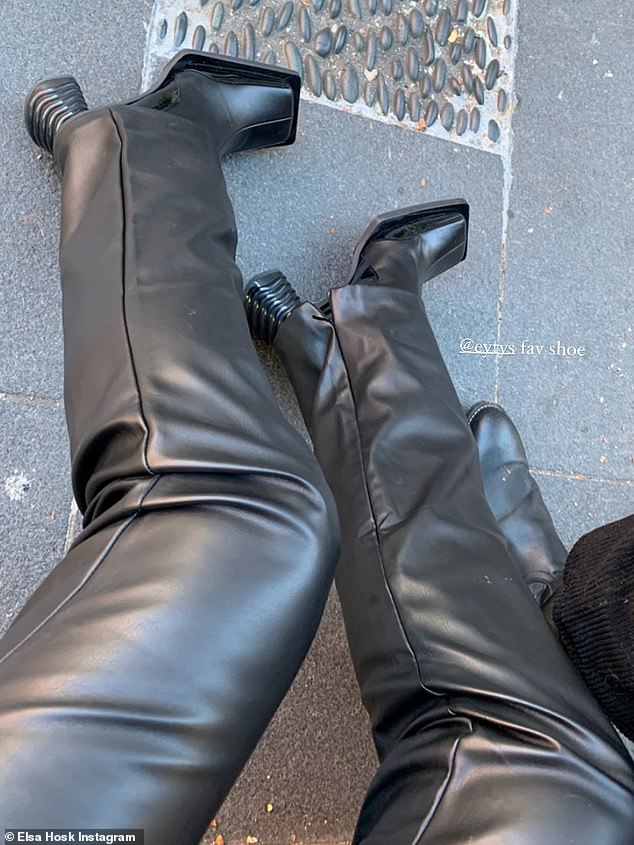 Expensive taste: Elsa showed off her $500 boots from edgy brand Eytys that had an ornate wavy heel

The duo are expecting their first child together after announcing the news of their pregnancy in September.

In a recent pregnancy themed Q+A the Hosk opened up about their future plans.

She shared with her 6M followers that she would be giving their daughter her ‘favorite Finnish name,’ after her mother and that her pregnancy cravings currently include loads of spicy ethnic food.

She continued to share that her favorite part of pregnancy is ‘feeling kicks’ but that she hates ‘being overheated all the time,’ as she talked about her changing body.

When asked if Hosk was nervous about her famous figure looking different after birth she said, ‘life is too short.’ 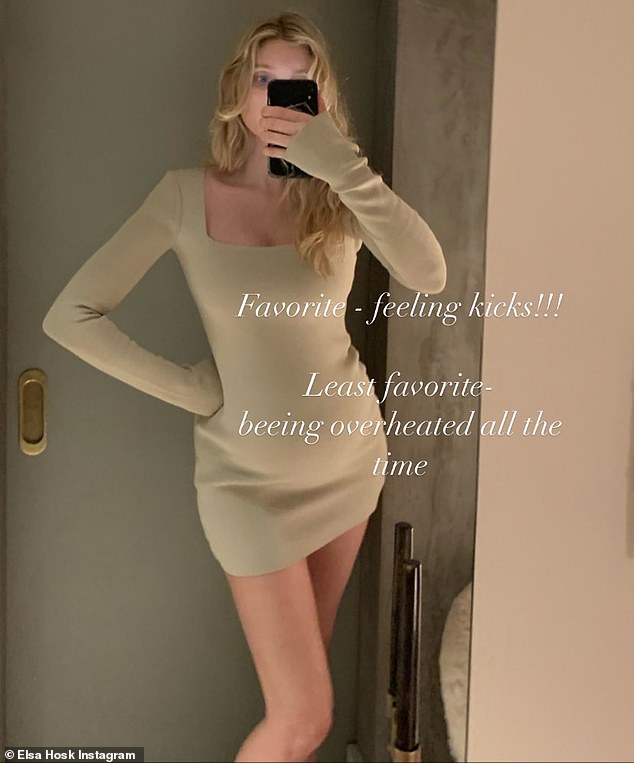 Embracing change: Though loving pregnancy Hosk said that she hates ‘being overheated all the time,’ but is not worried about her postpartum body looking different than it does now

Get our Android App Now